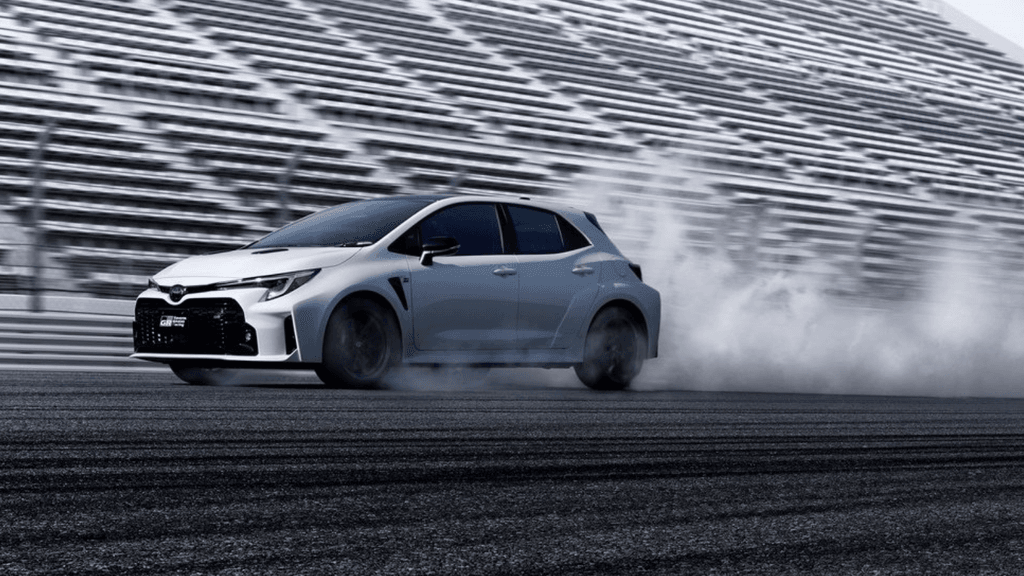 Move over GR Yaris and Supra, the GR Corolla is the family’s new favourite

Cast your mind back a few months to when Toyota launched their GR Yaris. Car fans went wild because it was refreshing to see Toyota whip something special out of the box, a mini-rally car for the road. Toyota however is not one to rest on its laurels and has now introduced the fire breathing GR Corolla to the world.

In “normal” form, the latest Corolla is a good-looking car, but in Gazoo Racing trim, the car’s good looks have been injected with a heavy dose of aggression. This aggression comes courtesy of the factory fitted wide-body kit that increases the front fenders by 20mm and the rear arches by a whopping 30mm. The front also features a noticeably larger radiator grille in the bumper, and if you find yourself drawn to the flagship Circuit Edition over the entry-level Core model, you will also get to enjoy the rally-inspired bonnet-bulge air outlets and the larger rear roof spoiler. The Circuit Edition also features a lightweight forged carbon-fibre roof that lowers the centre of gravity while the weight reduction is taken a step further thanks to the aluminium bonnet and front doors which are standard on both models. 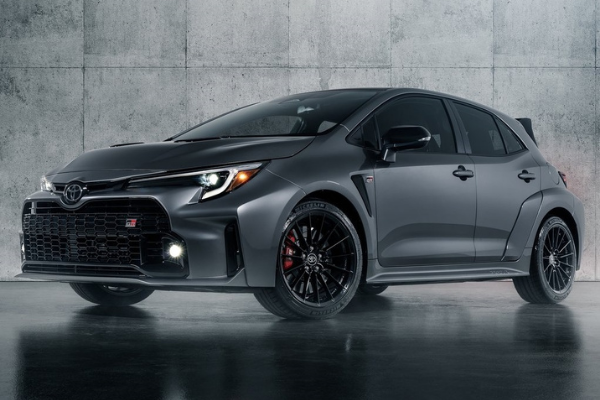 At the back, the GR features an unusual triple exhaust tailpipe layout with tailpipes to the left and the right, and one in the centre of the rear diffuser. Keeping the GR in contact with the tarmac is a set of 18-inch gloss-black 15-spoke alloy wheels wrapped inside some sticky 235/40R18 Michelin Pilot Sport 4 tyres. 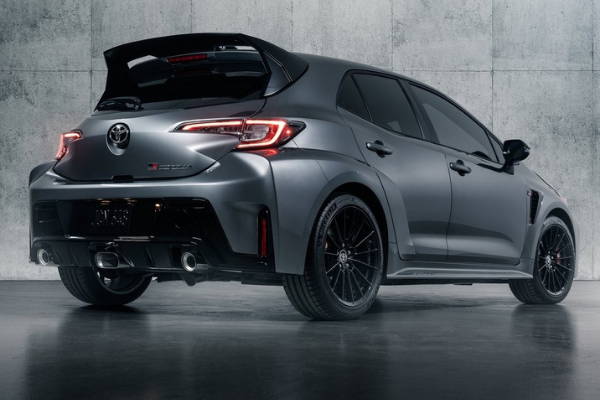 Powering the GR Corolla is the same 1.6 engine found in the GR Yaris but don’t despair as Toyota’s Gazoo Racing engineers got their tools out and increased the power to a staggering 224kW and 370Nm of torque, that’s 26kW and 10Nm more than the power output of the GR Yaris.

Getting those 224kW and 370Nm of torque to the wheels is Toyota’s GR-Four all-wheel-drive system mated to a six-speed manual with Toyota’s iMT system that automatically blips the throttle on downshifts. There is also Drive Mode Select that allows easy torque adjustment between the front and rear wheels. In the Normal setting, torque is split 60:40, an even 50:50 in the Track setting, while the Sport setting is a more tail-happy 30:70 split. Open differentials are standard on the Core model but if you choose the optional Performance Package, Toyota will upgrade them to the same Torsion limited-slip differentials which you’d normally get on the Circuit Edition. 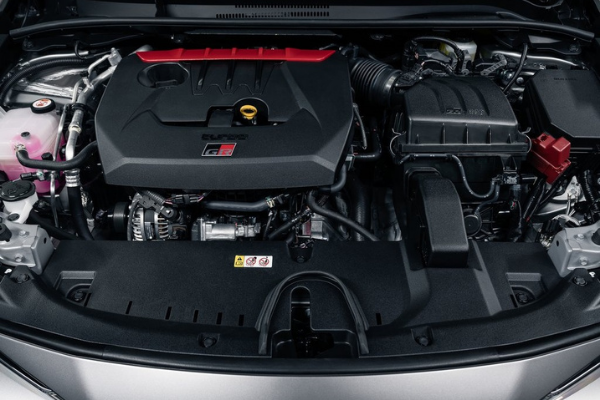 Apart from the drivetrain enhancements, Toyota has also equipped the front end of the Corolla with circuit-tuned coil springs, shock absorbers and stabiliser bars for more aggressive cornering, while the rear features a double-wishbone type multilink arrangement which, when coupled to the AWD system ensures maximum grip.

To accommodate the uprated mechanics, Toyota has tweaked their GA-C platform, equipping it with more weld points and the extensive use of structural adhesive. This increases joint rigidity together with additional chassis braces between the rear wheel, bolted to the underfloor tunnel and under the floor in front of the fuel tank.

On the inside, Toyota has given the OEM Corolla interior that racing feel thanks to body-hugging sports seats, with the Circuit Edition getting a racy mix of suede and synthetic leather with contrasting red stitching. The steering wheel has also been updated with a sportier small diameter leather unit. There’s also a short-throw gear lever, aluminium sport pedals, and a REAL mechanical handbrake. Aside from the touch and feel bits, Toyota has also added GR-only performance readout via a fully digital 12.3-inch TFT instrument panel which monitors turbo boost pressure, oil temperature, all-wheel-drive mode, and g-forces. 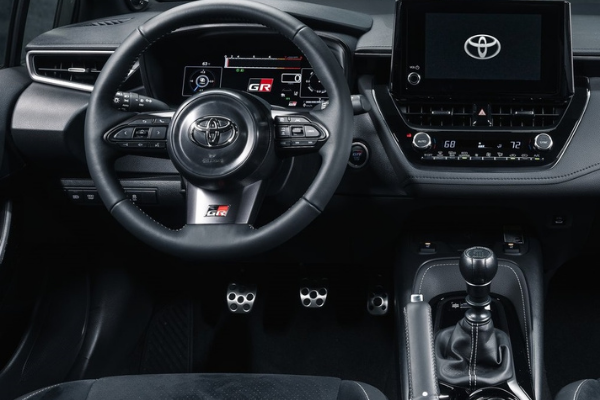 When you’re not pushing your GR Corolla to the edge, Toyota has made sure that you can enjoy a few good tunes courtesy of an extensive infotainment system with a centrally mounted 8-inch touchscreen compatible with Apple CarPlay and Android Auto.

Toyota South Africa has requested the GR Corolla for local introduction and is currently under consideration, while pricing has yet to be announced.

Looking for the perfect new or used Toyota Corolla? Well, have you visited the ClickaCar Virtual Showroom?