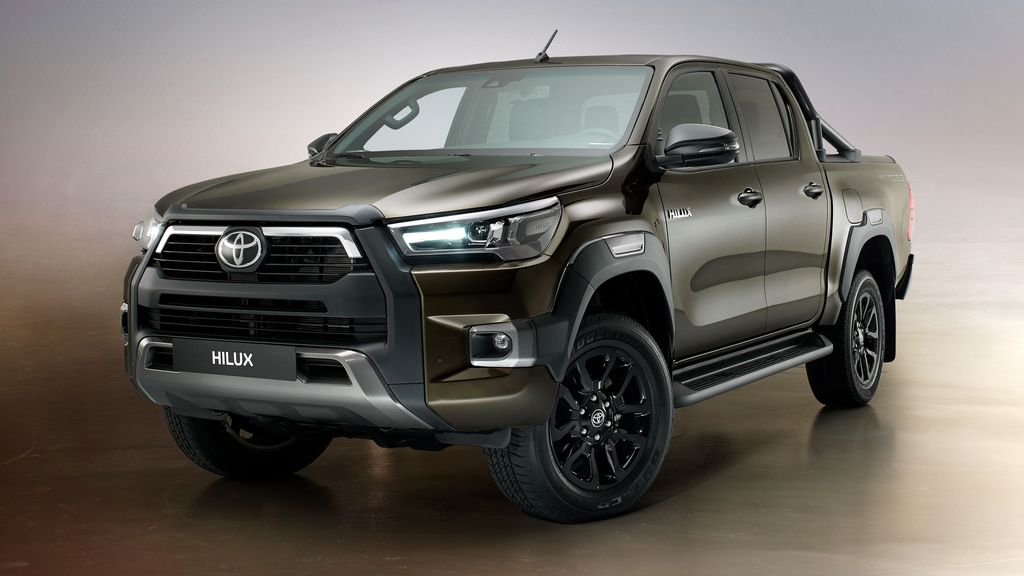 Bakkies, pick-ups, trucks or vans, whatever you want to call them, South Africans love them, and you merely have to check out ClickaCar’s new and used bakkies listings to see what we mean. This passion is so ingrained in the South African psyche that the country has become a manufacturing hub for bakkies, and global manufacturers have chosen South Africa as a base to build and export their products.

With bakkies playing such an invaluable role in the lives of South Africans, from rural farmers to urban yuppies and everyone in between (trust us, there are a lot of people in between), ClickaCar has decided to check out all the bakkies manufactured on local soil.

The Ford Ranger has become one of the most popular bakkies on local soil in recent years, going head to head with the legendary Toyota Hilux as they compete for the hearts, minds and disposable income of South Africans.

The Ford Ranger can trace its route’s back to the Ford Courier, a mid-size badge-engineered version of the Mazda BT from the early ’90s when Ford owned Mazda and produced them locally under the SAMCOR.

Today, Ford and Mazda have split and the T6 Ranger is still assembled in Ford’s  Silverton Plant, north of Pretoria and you can have your Ranger in almost any configuration, from the most basic single cab rear wheels drive workhorse, all the way up to the fire-breathing 4x4 widebody, double-cab Raptor, and they are exported throughout Africa, Europe, The Middle-East, South America and Australia and New Zealand. 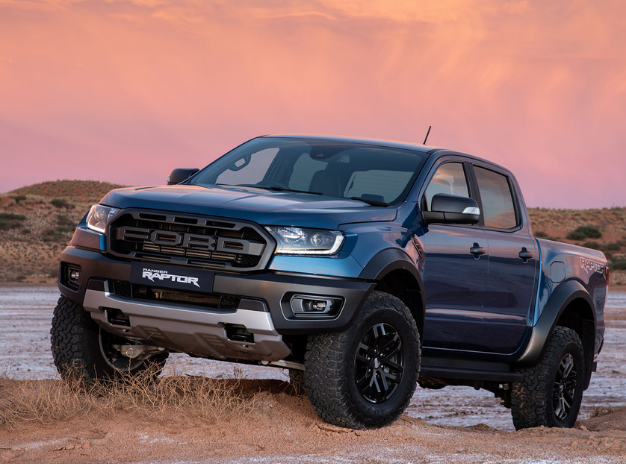 Isuzu has been commercial vehicle experts for their entire existence, and their bakkies entered local production in Port Elizabeth back in 1978 with the introduction of the KB range. Soon after the inception of the KB range, Isuzu's range of bakkies quickly found favour with farmers who loved them for their rugged reliability.

Moving forward through the decades, Isuzu introduced each subsequent range of the KB, and in 1993 they introduced their first double-cab, a sign that they were entering the growing leisure market.

During Isuzu’s continuing evolution in the local market, they underwent an ownership change when GM pulled out of SA. Isuzu’s bakkie division moved to their commercial vehicle division, a move that strengthened their position.  Since then, the KB range has evolved into the D-MAX range of bakkies offering workhorses and more luxurious leisure models. Like the Ford Raptor, Isuzu also has their range-topper, the MONSTROUS limited edition D-MAX 300TD AT35, the first factory-built Arctic Truck conversion that has been integrated into the Isuzu SA production line!

If you’re an Expat living in the UK and Europe, you can get your dose of local Isuzu in those countries, while your Ozzy counterparts will have to settle for the Thai built variant. 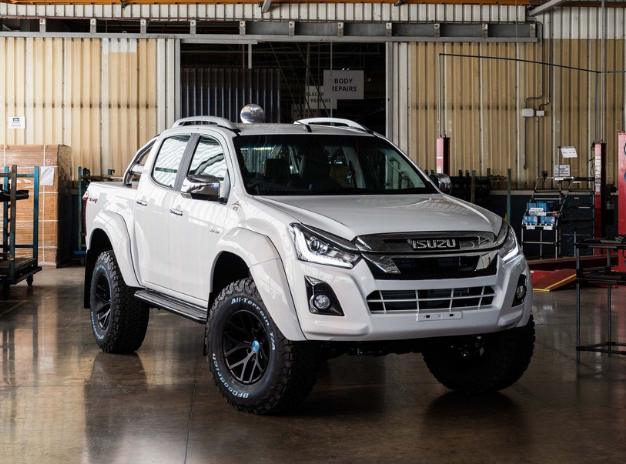 The Mahindra Pik Up is the newest addition to the market, and the Indian manufacturer’s first step into local production. Mahindra began assembling their Pik Up on local shores in 2018 with the opening of their plant in the Dube Tradeport Special Industrial Zone.  The Mahindra Pik Up was initially assembled from CKD (Complete Knock Down) kits imported from India, but they soon began phasing in local suppliers with a commitment to ensuring that more local components are incorporated.

Like almost all the bakkies on our list, the Pik Up is available in a myriad of spec levels, ranging from a single-cab variant aimed at the commercial market, all the way up to the range-topping S11 Karoo double-cab 4x4 model. Despite the number of variants, they all use the 2.2l mHawk diesel engine which has proven itself in local conditions.

The Pik Up is the most “agricultural”  model in our line-up but it has found favour with local enthusiasts looking for a rugged workhorse or adventurer that cost less than the equivalent models from other brands. Their introduction of an automatic gearbox on certain models also further enhances their commitment to the leisure market. 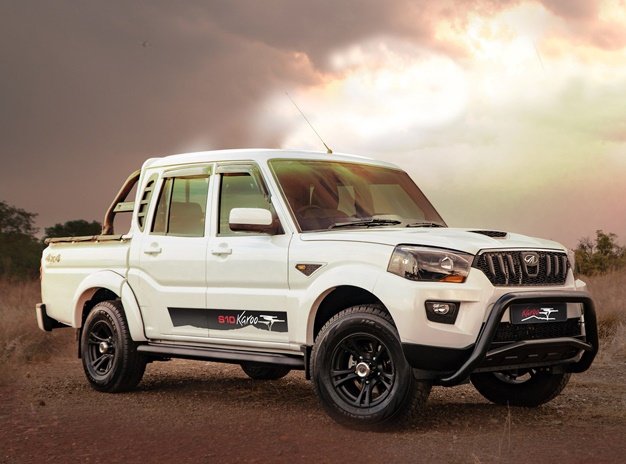 The Navara nameplate made its first appearance on local shores in the early 2000s with the introduction of the imported second-generation D40 model that was aimed squarely at leisure customers.

From the outset, the Navara proved popular with local buyers thanks to its American design and rugged looks, which bode well for those looking to lift them and kit them out.

Fast forward a few years to the third generation D23 Navara, and you will find that it boasts quite a lot of “local is lekker flavour” thanks to Nissan’s Rosslyn plant just North of Pretoria.  In 2021, Nissan introduced the facelifted D23 model, which certainly gives the Ford Ranger a run for its money in the looks department.  Unlike the D40, Nissan SA decided that the D23 should appeal to all bakkie “needers” from across the board. So together with a bevvy of well-appointed double-cabs with every conceivable option in the upper price range, the Navara is also available in lower-spec single-cab configuration aimed at businesses.

The new D23 is one of the best-looking bakkies on the market, and SA built models have found favour in several export countries both within the SADC region and further afield. 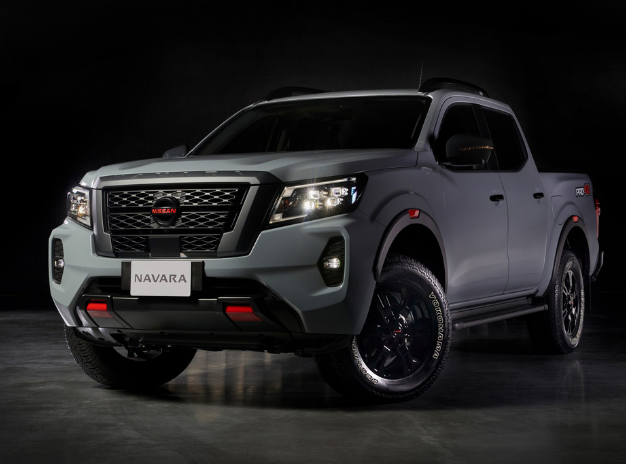 The Nissan NP200 is the smallest bakkie on our list but the one with the biggest shoes to fill because it was introduced to replace the legendary Nissan 1400 bakkie.

The NP200 went into production in 2008 at Nissan’s plant in Rosslyn and shares a platform with the Renault Logan sedan. The NP200 breaks with tradition in that it does away with the body-on-frame construction found in most bakkies, including its predecessor, but it still holds its own, thanks to the fact that it’s the only model available in its class.

The NP200 is also the only front-wheel-drive bakkie on our list, and despite not being as rugged as its larger siblings, it has still found a firm fanbase with small businesses and lifestyle buyers alike. This is thanks to a range of punchy diesel and petrol motors, clean looks and affordable prices. There’s even a high ground clearance model for those who want to take it off the beaten track...but not too far off because there’s no 4x4 option. 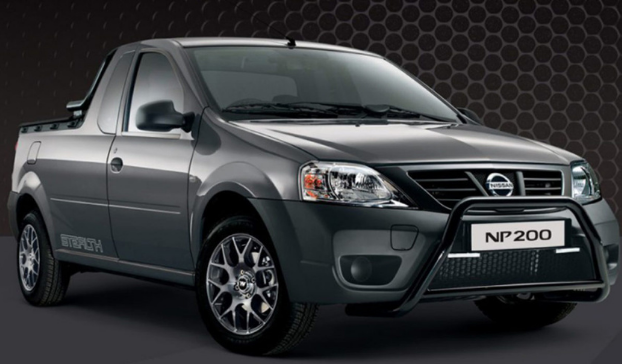 Nissan’s NP300 Hardbody has been in production for over 25 years and has become a staple across Africa, loved by business users, adventurers and weekend warriors alike.

The NP300 is built alongside the Navara and NP200 at Nissan’s Rosslyn plant and is available in a host of configurations, ranging from the most basic single-cab diesel model to the range-topping 4x4 double cab, which is still available under R500 000.

The NP300 has however received some bad press lately regarding its safety rating, but given its age and price, it’s still good value for money and a very rugged competitor on the local market. 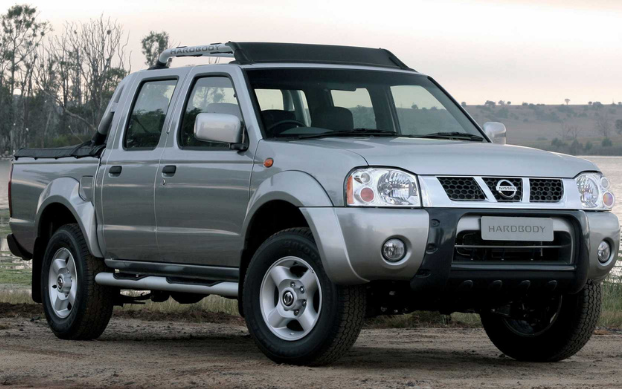 The Toyota Hilux needs no introduction, both locally and abroad.  It's the bakkie that has earned a reputation as a strong and reliable powerhouse that has conquered the world...apart from North America. Like who can forget the  Top Gear insert where a red Hilux was subjected to the most horrific forms of abuse, including being swept away by the tide and placed atop a building before it was imploded, and the Hilux still ran!

Over the years, no wait, decades, the Hilux has become the quintessential bakkie on SA soil, a favourite amongst farmers, fleet-owners, business owners and family alike, and as the market for the Hilux has grown, so too has the range.  Today the Hilux range offers something for everyone, from a simple RWD single-cab with steel wheels aimed at the commercial market to the range-topping double-cabs that sport everything from 4x4 to leather interiors. You can even get  Dakar Winning Gazoo Racing graphics if you fancy the GR-Sport model.

The Hilux has been manufactured by Toyota South Africa’s Durban plant for decades and has become the preferred source of Hilux bakkies for the global market. 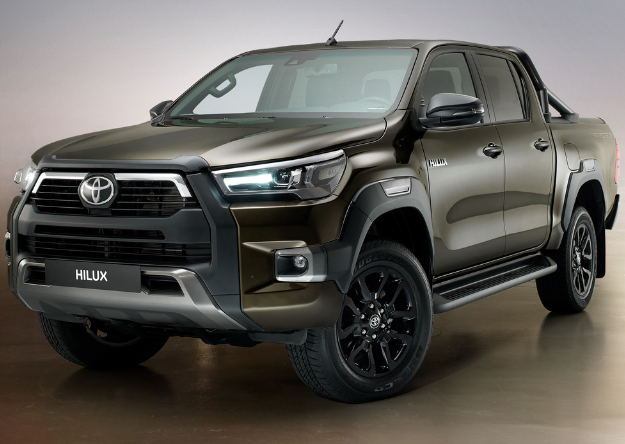 When the VW Amarok was launched in SA, it faced many sceptics, with people questioning if SA’s favourite car brand, known more for its hatchbacks could cut it in the rough and tumble world of bakkies. This gamble paid off, and the Amarok grew a strong local following, and soon afterwards, the imported models on dealership floors were replaced by models sourced from the company’s plant in PE.

When the Amarok was initially launched in SA, the model range consisted of the full spectrums of variations from the utilitarian through to the range toppers. This lineup has changed thanks to VW’s commercial vehicles picking up the slack on the job sites,  allowing the Double Cab Highline and Extreme models to play wild and free in the leisure market. Both of these models are equipped with all be bells and whistles one would expect from a modern leisure vehicle, with the Extreme hiding a 3.0 twin-turbo V8 Tdi under the bonnet

The next-generation VW Amarok will be built in conjunction with Ford SA at their plant in Rosslyn, a joint venture between the two companies and part of the reason why Ford made a multi-billion Rand investment in their plant. 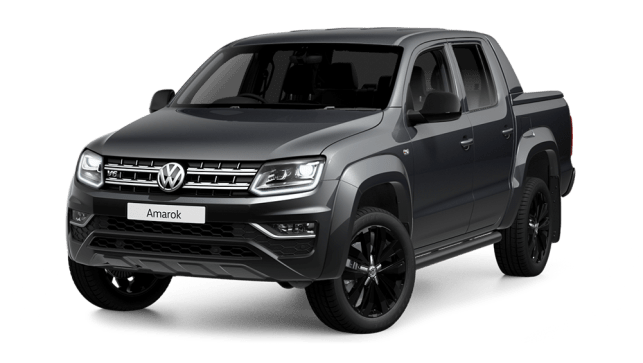 These locally manufactured bakkies have become firm favourites amongst South Africans,  keeping our businesses and families on the road, becoming more than just a preferred way to get around. Our bakkie industry has cemented SA’s position as a global automotive manufacturing hub and created 1000s of jobs for South Africans, which is something we should all be proud of!