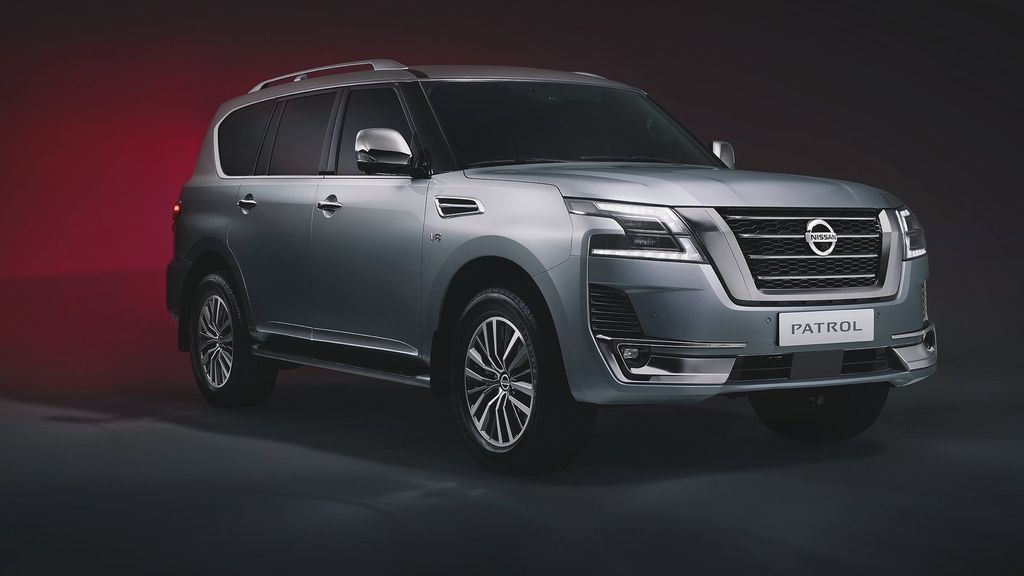 Does the latest Patrol live up to its 70-year legacy?

As the legendary Nissan Patrol nameplate celebrates its 70th Anniversary, it seems only fitting that we check out the latest incarnation of this cult classic and thorn in the side of the Toyota Land Cruiser.

The revised and heavily facelifted 6th generation Nissan Patrol or Y62 hit local Nissan dealers back in 2020, serving as a flagship to Nissan’s local SUV range. It is also the only off-road-focused Nissan in the absence of the new Pathfinder or the soon to be launched Navara based Terra, as the other SUVs in Nissan local’s line-up have gone more the way of crossovers.

In order to solidify the Patrol’s position as Nissan’s must-have SUV, the company has gone big and I mean REALLY big with the exterior dimensions measuring a gargantuan 5.1m long, almost 2m wide and over 1.9m high! Together with the overwhelming dimensions, Nissan has also given the model an extremely modern facelift which is unlike any other model in their range and far more futuristic than any of its competitors. Further enhancing the exterior of this SUV are the 18” wheels wrapped in 265/70R18 sized tyres.

Despite the Patrol’s immense size, it still enjoys a 45° climbing angle and an incline angle of 48.5° while the handling is taken care of by the Independent double-wishbone coil spring front and rear suspension. To further enhance the Patrol’s on and off-road prowess, Nissan has equipped it with Hydraulic Body Motion Control suspension or HBMC, and rear differential lock with a Helical Limited Slip Differential (LSD). Aside from the physical components, the handling is further enhanced thanks to the addition of a host of electronic enhancements which include Intelligent Ride Control and Off-Road Assist to name a few.

Given the Patrol’s size, Nissan knew that it needs an engine as big as its attitude, and so they have equipped it with their petrol-powered VK56 K1 5.6 litre V8 that produces 298kW and 560Nm of torque. Those are impressive figures but the fuel consumption figure of 14.4l/100km may be off-putting and for some strange reason, Nissan is not offering a diesel option despite diesel engines making up a huge part of their competitors’ line-ups. 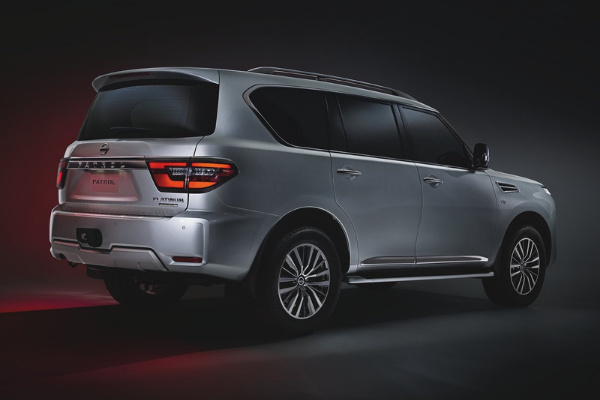 With a thirst like that, you’ll be spending a lot of time at the petrol station but at least you’ll be comfortable while you’re there thanks to the massive and exquisitely appointed interior. The front seats are larger than any other car in its class and the cabin features curtain vents to allow the dual-zone air condition to hit every part of the cabin effectively. The inside also features a built-in cooler box which can keep up to six 500ml bottles nice and chilly.

To ensure boredom never sets in, the Patrol is equipped with a comprehensive infotainment system headed up by the 8” screen together with rear headrest screens which can be connected to DVD, an iPod or a gaming console.

When it comes to luggage space, the Patrol certainly doesn’t fail to impress and even with the 3rd row of seats, you can still fit all 7 of your favourite people with their luggage.

Overall, the Y62 Patrol is extremely good value for money when considering its competitors and it does well to marry the badge’s off-road legacy with the modern desires of consumers who can spend R1.6 million on a car. The only downfall is the lack of a diesel engine, but given the Patrol’s popularity in the “more petrol than water” Gulf regions, that doesn’t matter in the bigger scheme of things.

Get your hands on your favourite Nissan today by visiting the ClickaCar Virtual Showroom.