Japanese Sports Cars: Great Power and an Even Greater Investment? 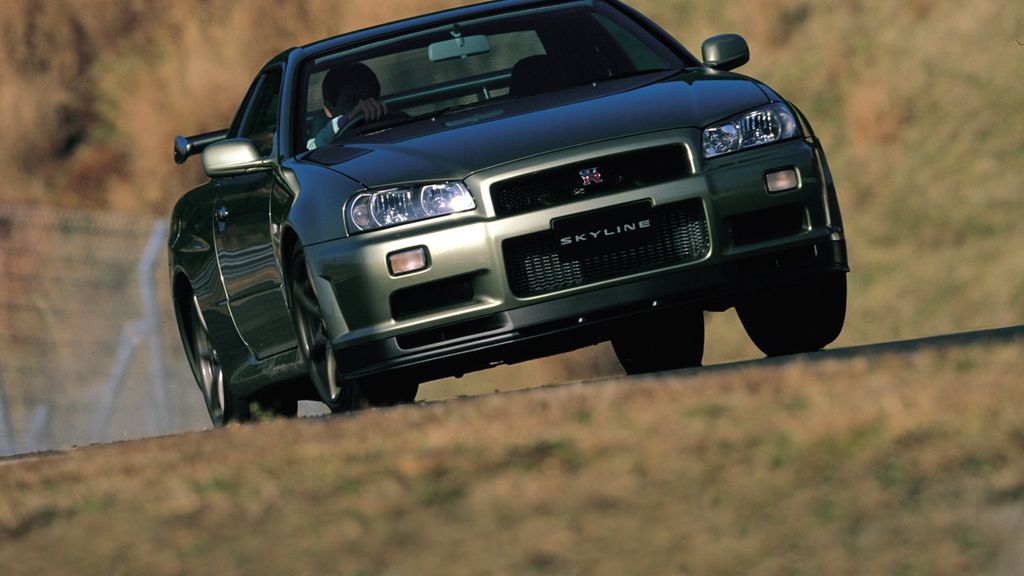 Searching for a car that’s an appreciating asset? These Japanese models are what you’ve been looking for.

Take a quick trip back to about 10 years ago, and share what you would have suggested to someone asking which car they should buy as an investment? Chances are you would have named a model from the likes of Ferrari, an air-cooled Porsche or a rare American Muscle Car like a Mustang.

Oh, but times they are changing and believe it or not, Japanese cars are finding their way into the hearts and asset portfolios of car collectors, and their prices reflect that. So why Japanese cars? Thanks to movies like The Fast and The Furious, video games like Gran Turismo and greater exposure thanks to the internet, more and more people have discovered what these cars are capable of. Couple this with Japanese levels of engineering and you have a performance car that matches something from Italy minus the questionable build quality.

The rise in popularity of these cars can also be attested to their relative scarcity and many of them were sold in very few markets outside of Japan, and even if they were sold outside of their home country, their numbers were still limited.

So, now that you know the why, let’s look at four of the most popular sports cars to come out of Japan which drivers, car enthusiasts and investors have fallen in love with.

The Nissan Skyline GT-R R34 or BNR34 was the fifth and final Skyline model to bear the GT-R badge before Nissan introduced the standalone R35 GT-R.

The R34 was produced between 1999 and 2002 and rose to fame thanks to the Gran Turismo video game, and the movie 2 Fast 2 Furious where a silver example was driven by the late Paul Walker.

Powering the R34 was Nissan’s spectacular RB26DETT, a 2.6 litre in-line 6 engine with twin turbochargers that was “advertised” as producing 206kW and 353Nm of torque in-line with Japanese manufacturers' “Gentlemen's Agreement”. Some enthusiasts and journalists however claim that the output was closer to 235kW. Aside from the standard RB engine, Nissan also increased the power output for limited-edition models, the V-Spec, V-Spec II and Z-Tune (equipped with the RB28DETT).

Power in the R34 was transferred to all four wheels via a 6-speed manual gearbox and also featured a rear-wheel steering system known as HICAS which allowed for faster cornering on the track.

The most notable aspect of the R34 generation is its aggressive styling and rear wing which wouldn’t look out of place on a racing car.

You probably recognise the Toyota Supra Mk4 as the Hero Car from The Fast and Furious where an orange example was driven, once again by Paul Walker. The Supra’s role in the movie rocketed the car’s mainstream popularity but there’s more to this car than Hollywood hype.

The Supra was produced from 1993 to 2002 and it was labelled as Japan’s answer to the Chevrolet Corvette, minus two engine cylinders of course. Those missing cylinders are actually the Supra’s real claim to fame with lower-spec models being equipped with a bulletproof naturally aspirated 3.0 2JZ-GE in-line 6-cylinder engine producing 164kW and 285Nm of torque.

The most desirable model however is the turbocharged variant which hides Toyota’s infamous 2JZ-GTE engine under the bonnet. This model produced 206kW and 431Nm of torque in the Japanese Domestic Market (JDM) while drivers in other countries enjoyed 239kW and 427Nm of torque. The 2JZ-GTE’s, and subsequently the Supra’s real appeal however is its ability to extract massive amounts of power and it's not uncommon for Supras with a few simple upgrades to produce in excess of 400kW. In more extreme cases, some are producing 1000kW or more!

Unlike the GT-R, the Supra was only available in rear-wheel drive configuration with the option of either a manual or automatic gearbox.

Styling-wise, the Supra is much softer than the Corvette and it was available in both a solid roof coupe or a with a removal Targa style roof panel. 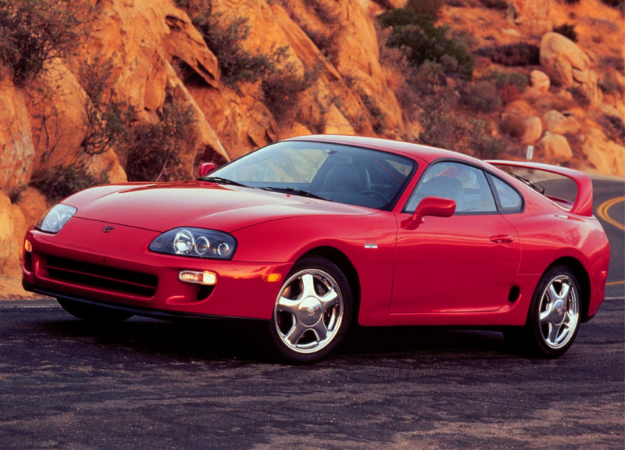 The first generation Honda NSX is probably the most sought after Japanese performance car from of its era given that it was one of only a handful of Mid-engined Japanese sports cars ever made, and the only one which was designed to take on the likes of Porsche and Ferrari.

The story of the NSX’s development begins with Honda’s desire to produce a usable, high-quality sports car and the name actually stands for "New Sports car eXperimental". In order to achieve this, Honda roped in legendary Formula 1 Champion, the late Ayrton Senna to assist with development and testing.

The NSX was produced between 1990 and 2005 was the first mass-produced car to be built using an all-aluminium semi-monocoque with an extruded aluminium alloy frame and suspension components.

Another first for the NSX was variable valve timing and the car’s C30A (and later C32B) V6 was the first engine which Honda equipped with their now-famous VTEC (Variable Valve Timing & Lift Electronic Control).

Transmission wise, NSX owners could opt for either a manual gearbox or an automatic unit, both powering the rear wheels. Naturally, the manual is the most desirable.

When it came to styling, the NSX was penned by Ken Okuyama who was working for Pininfarina at the time, yes the same Pininfarina who has styled some of the most iconic Ferraris. 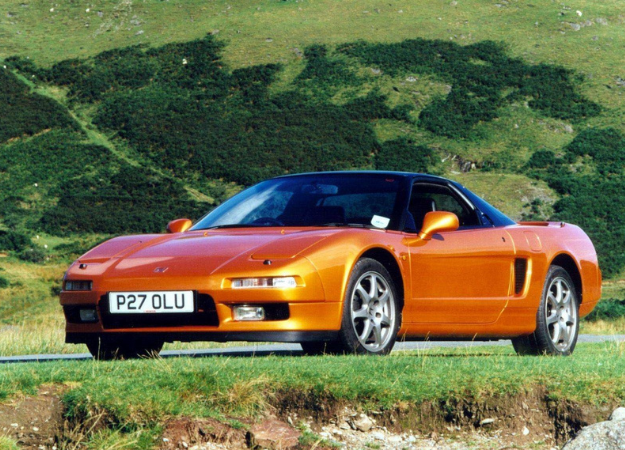 The third-generation Mazda RX7 is not only the most beautiful car on our list but also the most unique given that it's “only a 1.3”  which I will get to later.

Production of the third generation RX7 ran from 1992 to 2002 and during that time the model underwent several facelifts, dividing the production run into Series 6, Series 7 and Series 8 designations. Regardless of which Series you get your hands on, you can only but lust over the RX7’s ageless “liquid curves” which has actually earned the car the title of one of the most beautiful cars to come out of Japan!

Apart from the stunning looks, the RX7 also enjoys stunning performance from a 1300cc twin-turbocharged rotary engine designated the 13B. For those of you know don’t know much about engine design, a rotary motor does away with normal pistons, con rods and crank, and uses rotors instead, two in the case of the RX7. The design of the rotary engine allows the lower displacement to produce the same amount of power as a larger engine but they are infamous for being heavy on fuel. But then again, who cares because the sound they emit is glorious! Apart from producing a unique sound, the output from the RX7 varied throughout its lifespan depending on the model, year or market. The lowest output reading in the range was 176kW and 294Nm of torque while owners of the high output models could enjoy 206kW and 314Nm of torque.

Transmission wise, the RX7 was offered with either a manual or automatic gearbox, and the interior layout consisted of either a pure two-seater or a 2+2 with really small backseats. 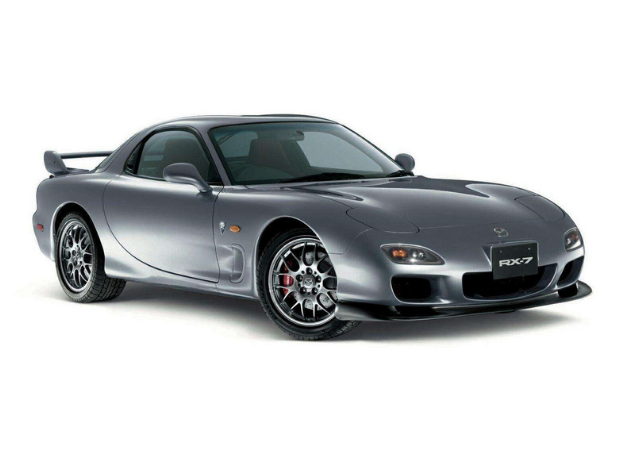 Getting Your Hands on One

Now that you have decided that you want to get your hands on one of these cars, you are probably thinking “how do I get one?”.

Unfortunately, it is not that easy given South Africa’s strict car import laws but several models are allowed to be imported based on certain criteria like age or collector status.

Cost is another factor to consider because global demand for these cars is extremely high. Couple this with permits, shipping costs, taxes and duties, and the cost will escalate.

Ultimately, it would be best to get in touch with a company that specialises in the laws and regulations around the importation and registration of these types of vehicles because SARS has absolutely no qualms when it comes to crushing illegally imported cars.

In conclusion, buying one of these cars will make for an exciting addition to any collection while offering you an appreciating asset. BUT, please bear in mind that these are not “normal" cars, and spares and servicing will have to be acquired through specialist workshops. This means that if you are looking to own a no-fuss car that you can take to the dealer when needed, use daily, and trade-in after five years, rather stick your Mercedes-Benz and BMW.

Looking for a Japanese car? Find yours in the ClickaCar Virtual Showroom.