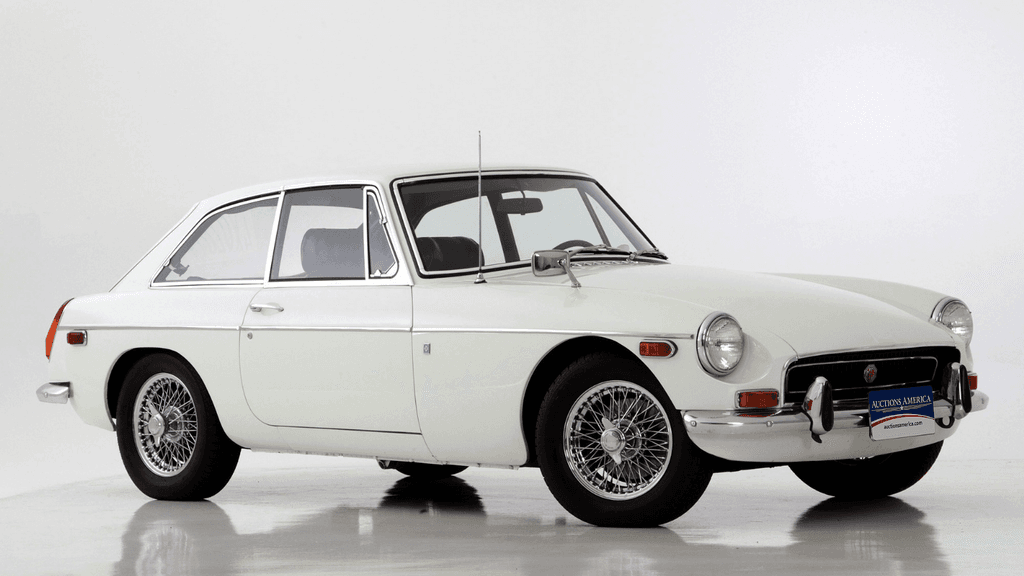 We check out some of history’s most iconic cars as they celebrate their very important birthdays.

Time certainly does fly when you’re having fun, and in the car world, there are models which are so timeless and iconic; that their birthdays are worth celebrating.

With that said, we've decided to take a look at some iconic cars which are celebrating their iconic milestones in 2022. These are cars that have made their mark in the minds of the motorists, and who better to tell you more about them than ClickaCar?

The Ford Cortina was launched in 1962 and became an instant hit across the world, well parts of the world where European Fords were sold. Production of the Cortina began in Dagenham, Essex, while South African production came later in 1971.

The Mk1 Ford Cortina was originally offered with a 1.2-litre four-cylinder engine and was available in two-door or four-door saloon, and station wagon body options, all featuring the iconic “peace sign” rear taillights.

The most desirable of the early Cortinas was the Lotus Cortina, powered by a Lotus developed 1558cc engine with twin camshafts.

The Mk1 Cortina gave birth to an iconic nameplate that stretched five generations, giving us such legendary models as the Mk5 Cortina XR6 equipped with the infamous V6 Interceptor engine and gave rise to the saying “1-litre brandy, 2 litres Coke and 3 litres Ford” 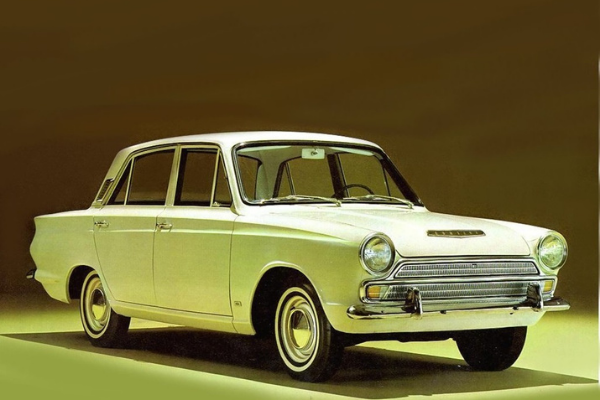 The MG MGB hit showrooms in 1962 as a replacement for the ageing MGA, and from its inception, it was labelled the poor man’s Jaguar E-Type.  Well, to whoever gave the MGB that moniker, the jokes on you because the MGB’s sporty styling in both roadster and coupe body styles made it an instant hit with celebrities, fashionistas and salarymen alike.

At the time of its launch, the MGB came equipped with a 1.6 BMC B-Series engine which underwent numerous upgrades throughout the car’s lifespan. The top of the range model was ultimately the MGB GT outfitted with a Rover V8 that transformed the European sports car into a kind of mini-muscle car and also gave it a wondrous sound!

The MGB proved so popular with buyers that production ran until 1995 when the Rover Group finally rolled the last MG RV8 off their production line.

By the end of production, 523,836 MGBs were built, and the car has become a must-have for car collectors and classic car newbies alike. 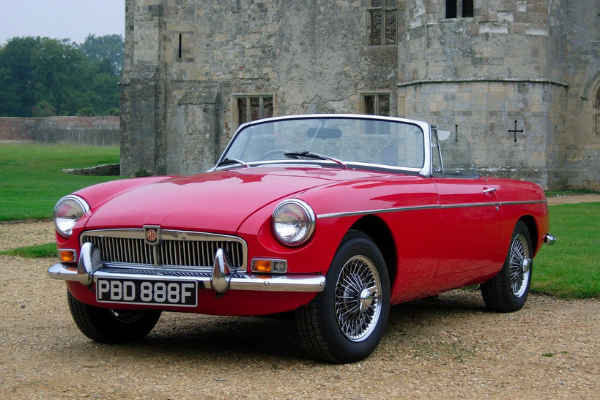 Launched as a replacement for the Cortina in 1982, the Ford Sierra had very large shoes to fill from day one. From its inception, Ford envisioned the Sierra as a Global Car with production taking place in Germany, Belgium, the UK, Ireland, Argentina, Venezuela, South Africa and New Zealand!

Despite its less than interesting looks, the Sierra became an instant hit with families and it was available in both sedan, three and five-door hatchback and station wagon body styles. Engine-wise, the Sierra could be yours with a host of petrol and diesel options ranging from a 1.3 four-cylinder to a range of V6s.

The most desirable Sierras however are the 2.0 litre turbocharged Cosworth derived monsters which were essentially Touring Cars for the road. In South Africa, we never received the Cosworth and instead, we had to “make do” with the most coveted Sierra model available, the locally developed XR8 equipped with a 5.0 V8 pinched from the Ford Mustang. 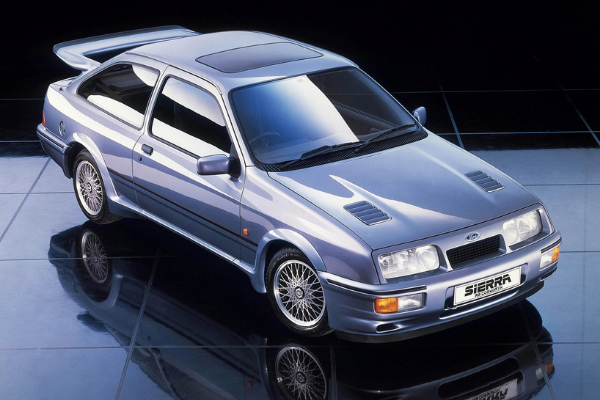 The hypercar that gave birth to the term hypercar, the McLaren F1. Ask any motoring enthusiast which car they believe stood, and somewhat still stands as the pinnacle of performance, and chances are the McLaren F1 will come up.

The McLaren F1 was developed by local boytjie Gordon Murray (who you can read all about right here) and went into production in 1992. From its inception, the McLaren was a no-nonsense driving machine that defied all convention in the pursuit of performance, the centrally mounted driving seat being a perfect example.

Powering the McLaren F1 is a 6.1-litre 461kW BMW Motorsport developed V12 nestled in a gold-lined engine bay while the body was constructed using exotic material such as carbon fibre and kevlar to ensure low weight and maximum rigidity. The car’s composite chassis is so strong that McLaren has been able to rebuild just about every accident damaged F1.

The F1’s pursuit for perfection never stopped there, even the speakers and CD shuttle were chosen because they delivered maximum performance at the lowest weight possible, while underneath the car, electric kevlar fans were installed to literally suck the car down to improve traction.

By end of F1 production in 1998, only 106 units were produced and today if you have to ask for the price of one, you probably can’t afford it. 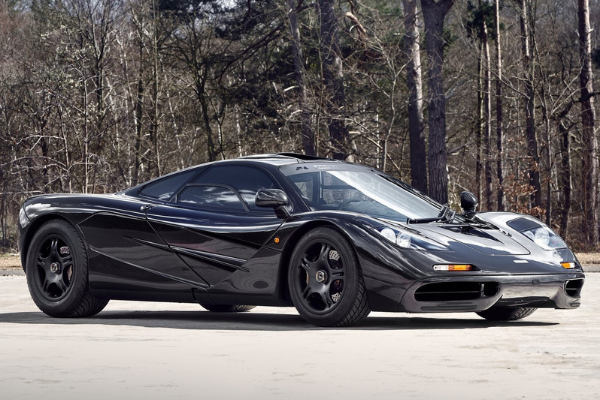 Launched in 2002, the Ferrari Enzo was the new millennium’s first taste of Ferrari’s iconic hypercars. Named after’s Ferrari’s founder, Enzo Ferrari, the Enzo followed on in the tradition of the Ferrari’s F40 and F50.

Despite not adopting the F60 nameplate, the Enzo was the culmination of all of Ferrari’s latest road car technology and Formula 1 derived development. The body's extensive use of carbon fibre resulted in a dry weight (excluding fluids) of 1255 kg with power provided by a 6.0 V12 producing 485kW.

The transmission used was built by Graziano Trasmissioni and features full Formula 1 style peddle shifters that shift gears in 150 milliseconds. The suspension was also derived from lessons learnt in Formula 1, making use of onboard push-rod-actuated shock absorbers, which can be adjusted from the cabin.

With the F1 style gearbox and 485kW to play with, Enzo owners can enjoy 0-100km/h times of 3.14 seconds and a top speed of 355km/h, all while basking in the realisation that their car’s value is only climbing as each year passes by. 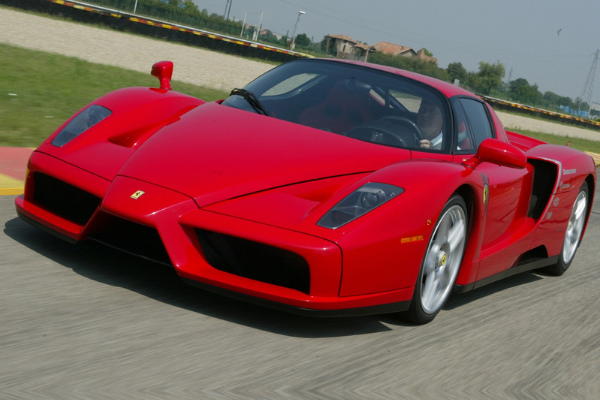 As the car world celebrates the iconic milestones of these iconic cars, one can only wonder which of today’s cars would deserve a similar mention in 30 years? Maybe a Toyota 86 or a Mercedes AMG of sorts. All we can do is wait and see!

Looking for your next iconic car? Well, you could find it in ClickaCar's Virtual Showroom.