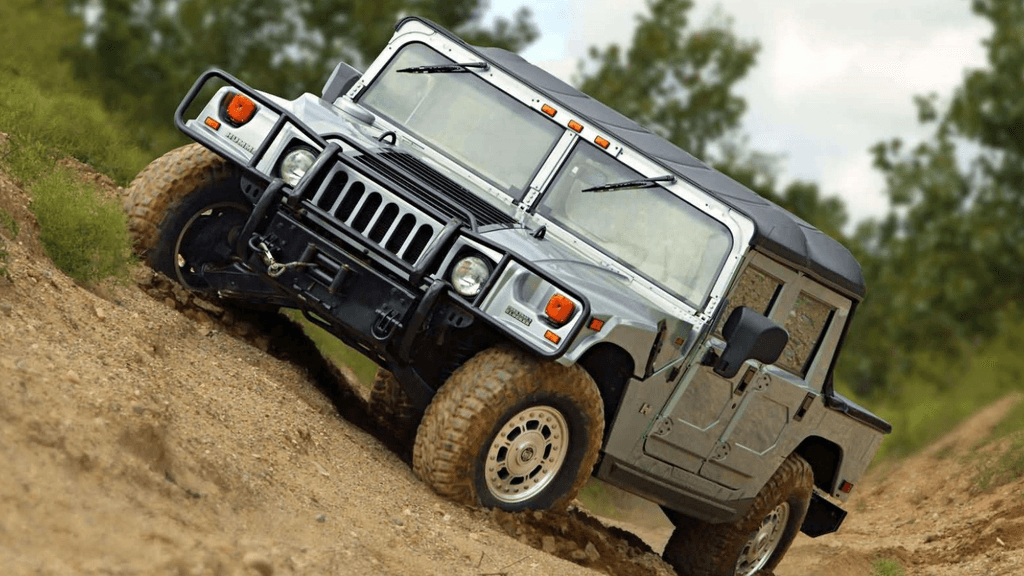 Despite being killed off by GM almost a decade ago, America’s iconic Hummer brand has not been forgotten…and it’s making a comeback.

Do you remember Hummer? The big brash American 4x4 brand made famous by American action heroes, celebrities, and a short-lived production run in South Africa? Well, despite the brand being canned over a decade ago, their products are still extremely popular, and with the new GMC Hummer EV waiting in the wings, there’s no time like the present to look at the three vehicles which established the Hummer brand.

The Hummer H1 is the car that started it all! The Hummer H1 is essentially the civilian version of the American military’s M998 High Mobility Multipurpose Wheeled Vehicle (HMMWV) which became known as the Humvee produced by AM General.

The H1 came into existence during the early ’90s when actor Arnold Schwarzenegger saw a convoy of Humvees and decided that he had to have one. So, he approached the powers that be and in 1992, the Hummer H1 was released in station wagon, pickup, slant back and soft-top variants.

When the H1 hit the market, there was nothing like it even by American “everything is bigger in the USA” standards. The monster truck measured 4.686m long and 2.197m wide with a wheelbase of 3.302m.

Throughout its production, the H1 was equipped with several engines and automatic transmission options, including a 6.2-litre GM turbo diesel with a 3-speed auto and climbing to a 6.6-litre Duramax turbo diesel with an Allison 5-speed which did duty in the 2006 models.

The H1 is also equipped with a central tyre inflation system which allows you to inflate and deflate the tyres from inside the cabin and it uses Portal Axles to ensure maximum ground clearance.

Production of the H1 ended in 2006 but today an entire industry has developed around maintaining and updating the H1 and US military surplus Humvees, equipping them with modern conveniences, improved drivetrains options and luxury interiors. 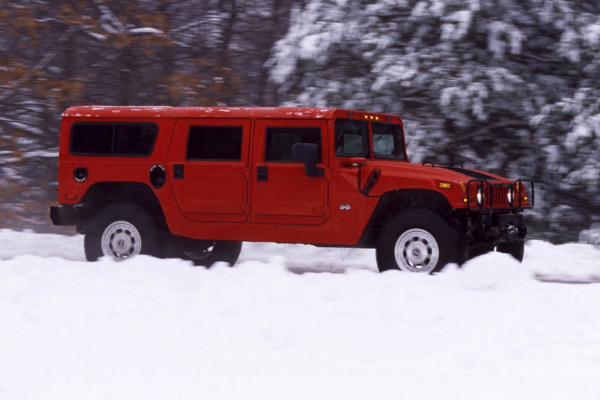 Who can forget the H2?! If you were a teen in the early 2000s, chances are you dreamt about owning a Hummer H2. It was the SUV owned by the leading Von Dutch wearing actors, musicians and socialites of the time, and usually decked out with massive sound systems and 24-inch wheels.

The H2 was GM’s interpretation of a more mainstream Hummer which could compete with the likes of Ford’s Lincoln Navigator and the Cadillac Escalade but with modernised H1 styling. The H2 shares its platform with the Chevrolet Tahoe of the era and could be yours in either station wagon or SUT (Sport Utility Truck in Hummer speak) body styles.

Unlike the H1, the H2 features a full 5-seater interior as opposed to the H1’s strict four-seat layout while the station wagon’s boot could probably engulf a small grocery store, never mind your weekly grocery shopping.

Unbeknown to many South Africans, the Hummer H2 was imported to South Africa in limited numbers by private importers and then converted to right-hand-drive. At the time, a converted H2 would cost you in excess of R1 million but the few that are available on the used market today trade for between R600,000 and R900,000. 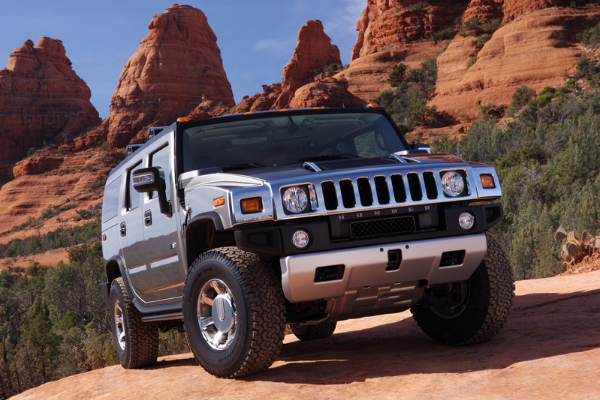 Launched in 2006, the Hummer H3 was the smallest model in the brand’s range and it was the basis for Hummer’s global expansion with a “normal-sized” and cheaper SUV that could suit the African, European and Asian markets, not to mention middle-class buyers.

The H3 was launched with a 3.5-litre straight-5 powerplant which produced 160kW and 305Nm of torque. Later, in a very tone-deaf decision by GM, the 5.3-litre H3 V8 was made available with 224kW and 434Nm, and I say tone-deaf because the H3’s competitors at the time all had diesel options available and Hummer simply chose not to add one to their range. The H3 was also the first Hummer to be offered with either a 5-speed manual transmission or a 4-speed automatic.

Despite the H3’s mass-market target audience, the model was not a shrinking violet when it came to off-road capabilities thanks to an electronically controlled full-time four-wheel-drive system with optional electronic locking front and rear differentials.

The H3 also features a very close South African connection as it was originally built for both the local and exports markets at GM’s plant in Port Elizabeth until the brand was canned and GM exited the South African market.

Today there are quite a few H3s on the market with prices ranging from R129,000 to R499,000 depending on condition and mileage. 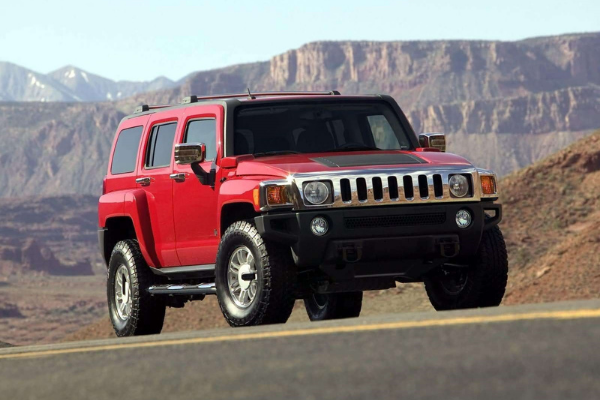 With Hummer’s petrol-powered days behind them and their new EV coming to the market, it seems like now would be a good time to get your hands on a Hummer as the brand’s older vehicles look set to become highly sought after collector's items.

Looking for a 4x4 or SUV? Then make sure that you check out the ClickaCar Virtual Showroom.