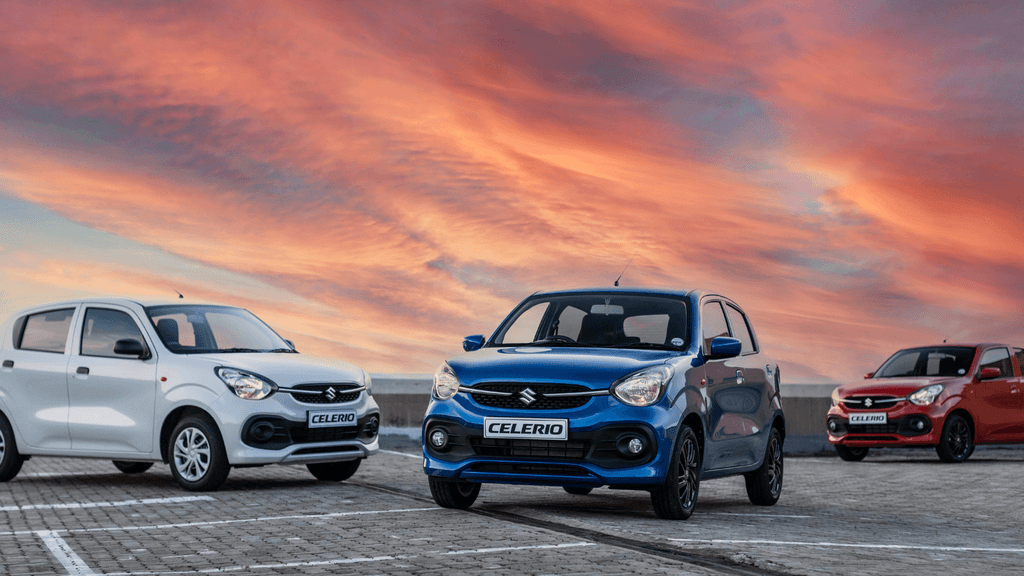 With the petrol price hitting record highs, small cars are set to make a big impact! It is under these conditions that we find Suzuki unleashing their new Celerio super-mini on car buying South Africans.

The original Celerio was launched in 2015 and during its time on the market, it garnered several awards and accolades, leaving the new model with pretty big shoes to fill.

Enter the 2022 Celerio, a brand new model, meaning it's no mere facelift. The model now enjoys a more rounded body style featuring deeply sculpted lines with Suzuki’s famous S-emblem now set against a deeper oval grille with chrome highlights. The headlamps have also been given a curvier albeit slightly aggressive teardrop design and if you are lucky enough to get the GL spec, then you also get to enjoy the newly designed fog lights, a must-have if you ask me.

The softer body lines have also given the Celario’s side view a far more accentuated hip-line meaning the side profile is not flat and as boring as you’d find on similar-sized cars.

Moving to the back, the newly designed taillights cut into the lower corners rear glass adding a bit of design flair to an area where a super-mini can be very boring as well. 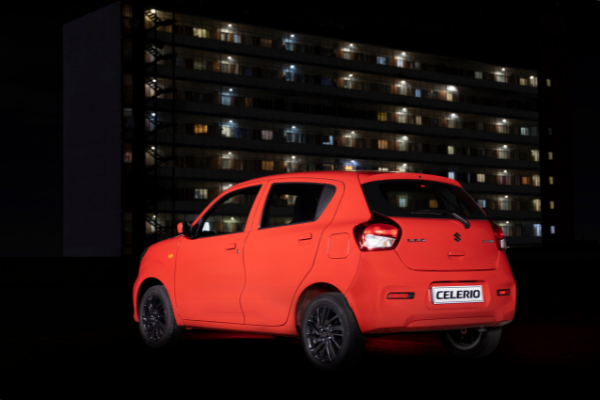 Inside the cabin, the newly designed dashboard comes as a breath of fresh air. The piece has been styled with visibility in mind, adding a sense of space to the cab while also enjoying the addition of the newly integrated 7” touchscreen infotainment system (again, like the foglights, a standard feature in the GL spec).

Seating in the Celerio is taken care of by the integrated front seats which were chosen to optimise space while still retaining an acceptable level of comfort, while at the back, the bench splits 60:40 to allow access to the boot area. The boot area itself has been completely redesigned with added luggage hooks and a deeper base despite the full-sized spare wheel hiding beneath it! The boot holds up to 295 litres and there is a flush-mounted parcel shelf to ensure prying eyes can't pry.

Powering the Celerio is Suzuki’s K10C 1.0 DualJet, a new engine within the company’s local line-up that produces 49kW and 89Nm of torque which can be mated to either a 5-speed manual or an Automated Manual Transmission (AMT). The beauty of this new engine is that it is equipped with Suzuki’s Exhaust Gas Recirculation (EGR) system and there are oil cooling jets under each of the three pistons. This set-up has lowered the emission rating to a mere 84 g/km, which is below the South African government’s Emission Tax threshold of 120 g/km!

Aside from the savings on the Emission Tax, the K10C, when optioned with the AMT gearbox, offers an average fuel consumption of 4.2 litres/100km. This makes the Celerio South Africa’s most fuel-efficient five-door petrol hatchback, and don’t forget, there’s also an Engine Automatic Start-Stop (EASS) system installed as well.

Despite the Celerio being Suzuki’s entry-level contender, they have not skimped on the safety features, equipping the car with an Electronic Stability Programme (ESP) as standard, a first in this segment. There are also two front passenger airbags across the range, while in the back you will find a child seat ISOFIX restraint system as standard.

Looking for your next Suzuki? Find it in ClickaCar's Virtual Showroom.